2018 – A Year in Marketing: Insights from 7 Industry Experts 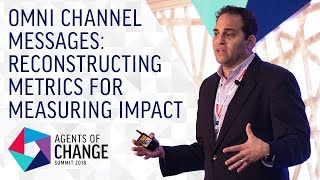 “Hey – It’s Cas! Need your opinion on something. In 2014, CVS stopped selling tobacco in its stores. Do you think that was the right move?”

It was a simple text message, but it launched nationwide action.

In December 2016, truth began to call attention to the issue of tobacco in pharmacies among “Finishers” – their army of young activists who are working to finish smoking for good. While CVS may have stopped selling tobacco in its stores, many health and wellness institutions have not.

truth launched a multiple-stage campaign that gave Finishers the information they needed, helped them imagine a better future, and then provided them the tools to fight back.

I spoke with Dio Favatas, Managing Director at truth Initiative, the organization that directs and funds truth, to discuss how the campaign uses text messaging – along with every other tool in their digital arsenal – to engage young people around this issue and empower them to take action.